Much has been written about EFT (Emotional Freedom Technique: freeing yourself from negative emotions) which can easily be found on the Internet. Originally developed and made accessible by Gary Craig, EFT is an "energy therapy" that works with meridians and the body's energy lay lines. It has often been described as a combination of "acupuncture without the needles" and Western psychology. For many people EFT is a highly effective tool to address being in conflict with yourself, and once learned can be done very quickly without the help of a hypnotherapist. It is easy to learn and can be used for anything and everything. It is completely safe and is often employed in conjunction with hypnosis before moving into trance work. It is considered by many to be a light trance in itself, calming the first layer of your emotional state while sharpening the focus for the ensuing hypnotherapy journey.

EFT is an excellent tool for maintenance, such as dealing with cravings that come up in smoking cessation, weight management and the like. Teaching EFT is part of what I offer, either as part of a hypnotherapy session or as an experience in itself.

TAT (Tapas Acupressure Technique) has been described as a Yin (receptive) process in contrast with EFT, a more Yang (active) approach. While EFT involves tapping on physical key points as you progress through various aspects of your story, TAT involves holding points as you move through a sequence of phrases. Some experience it as a process of "looking within" and allowing the inner movement to evolve and resolve the stuckness. Though EFT and TAT can address the same issues; however, because people's energy systems and personalities are so individual, both modalities are valuable options to have available. They are both easy to learn and very simple to do.

As an example of EFT in action, I have included one woman's experience. This was the beginning of a longer hypnotherapy session. (To read more about her experience in full, please turn to the "Hypnotherapy in Action" page.)

I turned to Kaia when I was about to go into a meeting with my friend’s soon-to-be-ex-husband, current boyfriend, and family members to talk about the situation and hopefully formulate a plan.  The relationships were complicated. I had opinions about her needs and my own that I had to communicate.  I had been at odds with her husband’s decisions and had a historically difficult relationship with her boyfriend.

The meeting called for all my skills as a patient advocate at a time that stretched those skills to their limit.  These were not random clients.  This was a woman I loved and a man I barely tolerated.  My ability to be in professional space while my personal heart was involved was greatly challenged.

So I asked Kaia for help to cleanse and calm my energy to find clarity and support for the upcoming meeting.
We began with EFT. I was so stressed that I couldn't tap on the points myself, so she did it for me. Through this I experienced an opening and "pouring out" of my pain and exhaustion. Suddenly calm settled over me.  I hurt and was still bone tired but I felt peaceful with it, no longer riding the frantic edge I had arrived with. 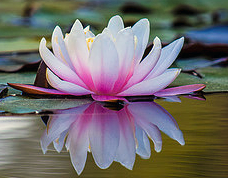