The following excerpts from real time sessions are examples of how the hypno-therapeutic process actually works, in terms of choosing a clear focus, what happened during trance work for these individuals and the results they experienced thereafter.

Kaia and I have been friends and colleagues since the inception and flowering of the San Francisco Sex-Positive community. I recently attended a presentation at a sex-positive hypnosis conference, during which Kaia did a demo with a woman dealing with deep trauma from growing up in a religious cult. I was very impressed both with Kaia’s professionalism and her skill and sensitivity in creating a safe container to support this woman in navigating these very difficult experiences through hypnotherapy, as well as how effective hypnotherapy was for these issues. This individual now fully claims her authentic power, and is moving forward on her chosen life path.


From a man who lost his Muse:

I had gone through an ugly, expensive lawsuit to protect a musical copyright that had been infringed upon. Ultimately I had to let the lawsuit go, which impacted me financially, emotionally and creatively.

Afterwards, I couldn’t seem to throw off the cloud of despair. I was shell-shocked, bitter and disillusioned which took the joy out of my life specifically in the area of creating music. My spirit was broken and I could not seem to fix it.

I had never before experienced hypnosis, and came to it guarded but willing to try. Kaia was compassionate, patient and supportive in helping me identify the problems, and ultimately in glimpsing the light at the end of the tunnel. As I relaxed into a half dreamlike state she asked questions about where I was going, what I was feeling, and what I was seeing.  Soon I just allowed myself to let go of all inhibition, moving into trust and going with the flow.

I soon found myself before a locked portal. Behind were a series of other doors, all encased in Gothic arches with sacred energy and  glowing with golden light. When I tried to enter, I could not because it was locked. It could not be forced open either, and though I could see what lay behind it (as if I were looking through glass), I could not go around the portal either. Though this was frustrating, I began to realize that those cherished places were at least still there and could be gotten to… I just had to find a key, though finding the key would require work, or time or whatever.

I am excited about my experience and post-hypnotherapy, I continue to process. Taking heart, I now find I am achieving what I set out to do in that session: to reclaim those lost, battered parts of me, returning to my musical roots and moving on. My session was a cleansing, enlightening experience, and I got tangible results upon which to build.

I: A Woman's Vision Quest

I came to my first experience of hypnosis from what is perhaps an unusual upbringing. There were layers of complexity because of my family background, and the current direction my life was taking. I was finally embarking on a new career path. I had immersed myself in a lifestyle that was less limiting, more inclusive of sex positive and gender-fluid spirituality and practices. This created a huge schism with my family's religious values. Ultimately I had to part company with them to deal on the deepest level with my own internal conflict. My on-going intention was to integrate the dedication I learned from my father, a zealous Christian minister of god, with the freedom and passion I discovered in my new identity and community.

Ten years later I was learning and creating powerful new spiritual practices of my own. I had noticed, examined and was surrendering to my shamanic path. My understanding of higher self and Spirit went way beyond the Christian model I had been raised with. I had done many things but little of any kind of guided meditation and I had never been hypnotized.

I was contemplating using hypnosis for certain work but I  had not yet found a situation where I felt open to trying it. To turn my state of consciousness over to the direction of another was a little scary for me.  In my father’s belief system, hypnosis was the tool of the devil!

The safety and comfort I had experienced with Kaia through knowing her in the community was exactly what I was looking for to open my exploration of hypnosis.

Moving into trance, I experienced a powerful vision quest in which two of my power animals came to me.  They had been waiting for me to give them space and voice so they could offer clarity about what I needed to face my fears, make peace with myself and proceed. Kaia held this session beautifully and a kaleidoscope of knowings spilled into me.  Missing pieces began to emerge. Strength flowed into me. Over time, I felt transformed and able to more fully address my lingering doubts finding direction, strength and more confidence in my choices.

A few months later, I found myself in an extreme situation and turned to hypnosis again. Though the focus was different from my first session, a strong foundation had been laid based on trust and our previous work together.

I am a caregiver of long experience, specializing in caring for people with dementia and end-of-life issues.  I help families understand what the client is going through and what kind of help they need. In this work, I am a doula of the dying and a guide for those with tangled minds.  I had been building my business identity for several years when this skill set was stretched to the limit.  My best friend had a massive stroke affecting both sides of her brain.

She was in a coma for 10 days and when she regained consciousness they sent her to rehab. Within a couple of weeks she was declared to be “failing to progress” by her insurance.  I brought her home, gathered some caregivers and wove a healing bubble around her. After two-and-a-half months of constant attendance she was stabilizing and I was exhausted in all ways: physically, mentally and emotionally.

I turned to Kaia when I was about to go into a meeting with my friend’s soon-to-be-ex-husband, current boyfriend, and family members to talk about the situation and hopefully formulate a plan.  The relationships were complicated. I had opinions about her needs and my own that I had to communicate.  I had been at odds with her husband’s decisions and had a historically difficult relationship with her boyfriend.

The meeting called for all my skills as a patient advocate at a time that stretched those skills to their limit.  These were not random clients.  This was a woman I loved and a man I barely tolerated.  My ability to be in professional space while my personal heart was involved was greatly challenged.

So I asked Kaia for help to cleanse and calm my energy to find clarity and support for the upcoming meeting.
We began with EFT. I was so stressed out that I couldn't tap on the points myself so she did it for me. Through this I experienced an opening and "pouring out" of my pain and exhaustion. Suddenly calm settled over me.  I hurt and was still bone tired but I felt peaceful with it, no longer riding the frantic edge I had arrived with. During the hypnosis, I found myself alone in a cave. I created a clear, uncluttered circle where I could contemplate my questions, concerns and feelings one at a time with calm neutral energy.

When we finished I felt fully prepared and went into this potentially volatile meeting refreshed, grounded and ready.
The outcome was that we were able to make peace with each other, in part because I was able to authentically share my heart’s truth without my exhausted reactivity getting in the way.  The communications flowed smoothly and things came out better than I would have thought possible.  In fact that day was a turning point in my relationship with the boyfriend that we notice and mark to this day.  We are now in a committed relationship of caring for her together. I strongly credit the EFT and hypnosis for this stellar success.

I went into the hypno session during a tumultuous time in my life. I had just separated from my husband and then sold the house we had lived in. I was stepping into the complete unknown, looking for a new direction. During the HT, I was having trouble concentrating when Kaia asked me if I would like to try some guided chakra work so I could become more focused. I’d never heard of “chakra work”, but I agreed, and it was the chakra work that brought me back to my body awareness, helping me calm down and become more grounded.

Then I was able to connect with my inner guides and my energy shifted. I recalled a time when my inner strength arose during another difficult time in my life and the hypnosis enabled me to reconnect with that part of myself.

My focus sharpened. I became clearer about what I wanted and created a plan to accomplish it. Six months later I had decided solidly on a path and plan for what was next in my life and was poised to start anew. 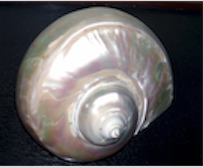